Problem to do load cases Envelope in AQB

Also, I tried to create copies by copying the load cases but it still doesn’t give me the expected result.

Thank you for your help

you can do it in wingraf 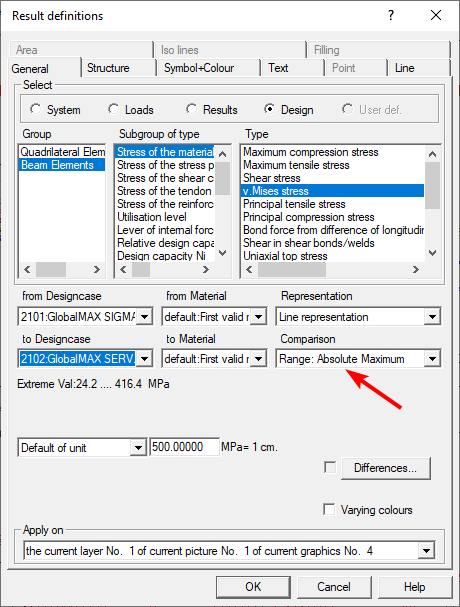 Thank you for your answer.

However, as I said at the end of my post, I don’t want to do it with Wingraf but with TEDDY. This would allow me to perform operations on it by combining it with other load cases.

I am able to make envelopes on the different load cases when I want to get the internal forces with the SCOM command.

However, I can’t make envelope curves for the constraints, the curves I get are wrong.
Could someone help me ?